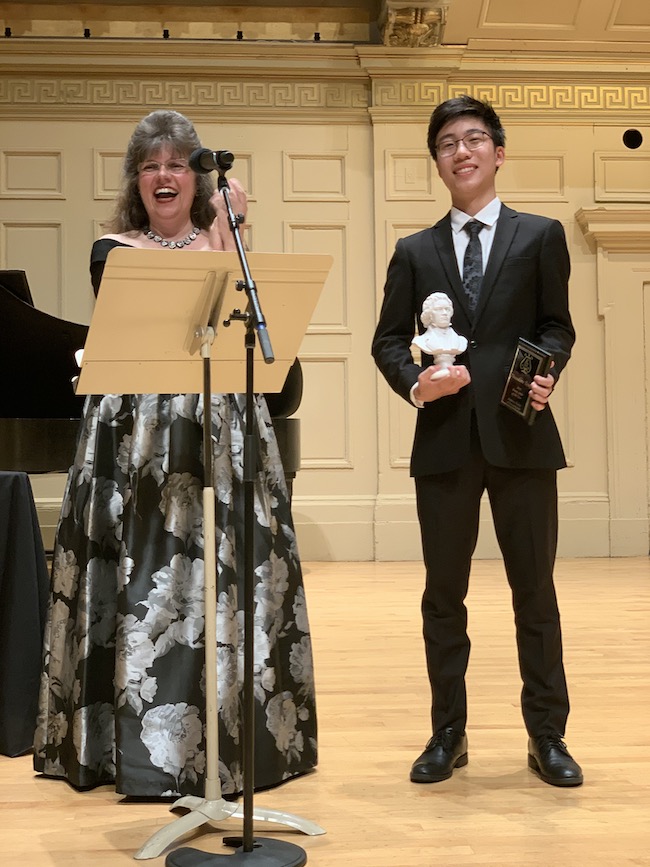 Even before he began his formal piano lessons with A. Ramón Rivera at the age of five, Theo Teng had always been surrounded by classical music, provided by his three older siblings. From a young age, his playing has been rooted in the intuitive pursuit of beauty, expression, and connections to the written score anchored by focus and practice. He studies at the Rivers School Conservatory and the New England Conservatory Preparatory School. He is also a member of the acclaimed NEC Prep Piano Seminars.

Theo, now fifteen years old, is a sophomore at the Roxbury Latin School. Besides performing solo repertoire, he enjoys playing chamber music with friends, transposing video game soundtracks for the piano, and being a member of the cross country and debate teams at school. He is particularly interested in the positive impact music can make on people’s health and well-being, and gives community performances at senior centers with his Roxbury Latin friends. Over the summer, Theo met other musicians and experienced new styles and perspectives at the Boston University Tanglewood Institute in Lenox, Massachusetts.

Copyright the Steinway Society of Massachusetts 2021